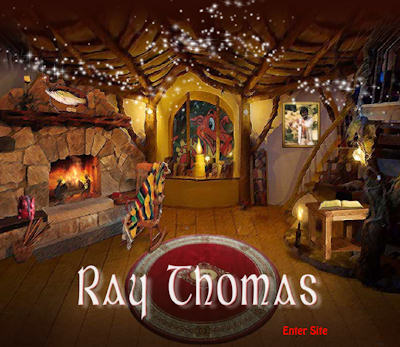 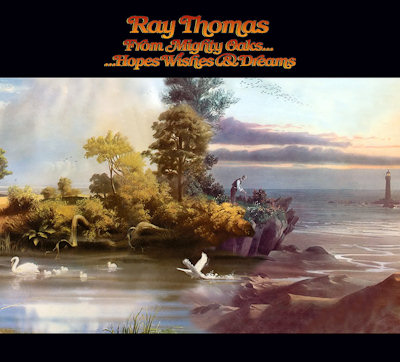 “Ray Thomas’s two albums “From Mighty Oaks” and “Hopes, Wishes and Dreams” are due to be released as a special limited edition boxed set (containing extra tracks and a bonus DVD) in September. Initially, autographed copies of this set will be exclusively available from “Threshold Music & DVD.”

Ray will be making an in-store appearance, along with Bias Boshell and Finbar Furey, to meet fans and sign copies of the box set in the ‘Threshold’ store at 1.30 pm on Friday 24th September 2010. It would be great to see any of you who can make it along on the day.

For anyone who would like copies reserved, to be collected on the day of the signing, please email me at phil@threshold-cd.co.uk and I’ll be happy to put aside as many copies as you require.

For all those who would like an autographed box set, but can’t make it to the signing, please email or phone me with your full address, credit card number, expiry date and security code (last 3 digits on the back by signature), and we can arrange to have copies sent direct to you. Please note that ‘Discover’ cards are not accepted in the UK. Also, please do let me know whether you wish the autograph personalised with a name

Please do feel free to spread the word about this one-off event!

Esoteric Recordings is pleased to announce the release of new re mastered editions of both albums as part of a limited edition deluxe boxed set which also includes the previously unreleased Quad mix of From Mighty Oaks now adapted to a 5.1 Surround Sound format, a rare 1975 promotional film of High Above My Head.

Most notably, Ray has recorded a new song, The Trouble With Memories, which features on a bonus CD, along with a Rare Interview Album from 1975 with newly recorded questions by Moody Blues founder keyboard player Mike Pinder. The box is completed with a lavish booklet featuring an exclusive interview with Ray and two picture postcards.

Disc One: CD From Mighty Oaks Remastered
From Mighty Oaks / Hey Mama Life / Play It Again / Rock-A-Bye Baby Blues / High Above My Head / Love Is The Key / You Make Me Feel Alright / Adam And I / I Wish We Could Fly

Disc Two: CD - Hopes, Wishes& Dreams Remastered
In Your Song / Friends / We Need Love / Within Your Eyes / One Night Stand / Keep On Searching / Didn't I / Migration / Carousel / The Last Dream

Disc Three: DVD From Mighty Oaks 5.1 Version
From Mighty Oaks / Hey Mama Life / Play It Again / Rock-A-Bye Baby Blues / High Above My Head / Love Is The Key / You Make Me Feel Alright / Adam And I / I Wish We Could Fly + High Above my Head 1975 Promotional Film

Tony Clarke 1941-2010
The great Tony Clarke, 6th Moody Blue sadly passed away on Mon 4th January 2010.
He will be sadly missed by us all. Out thoughts go to his loving family & friends