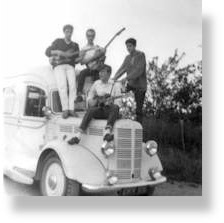 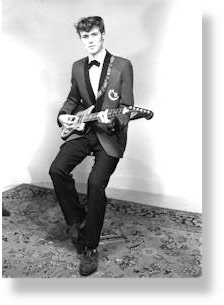 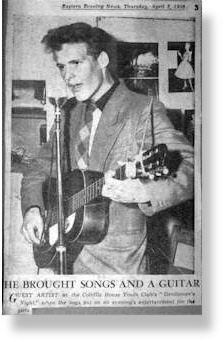 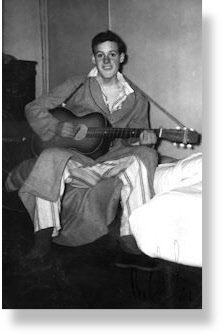 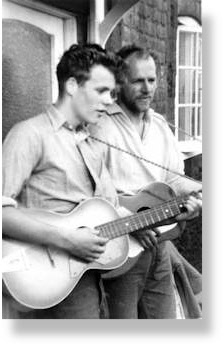 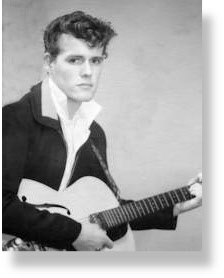 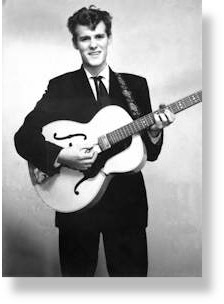 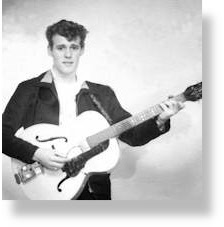 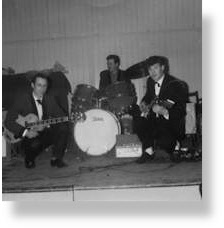 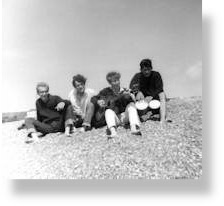 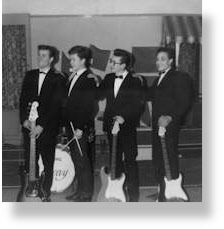 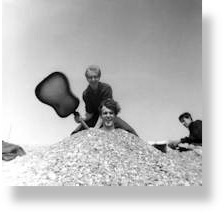 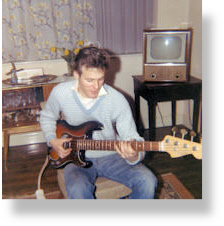 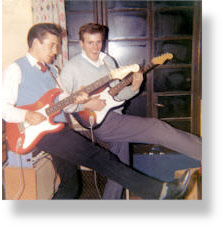 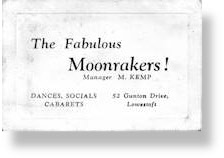 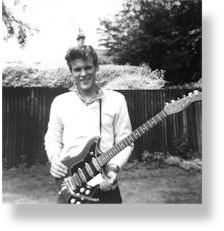 Rod with his new
Fender bass 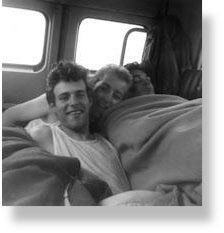 In January 1962. The Moonrakers
were asked to perform at a
friend’s wedding
Local popular folk singer Ron Moore
providing a few tips and words of
encouragement to the young musician 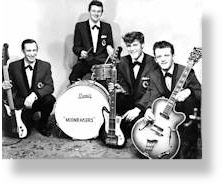 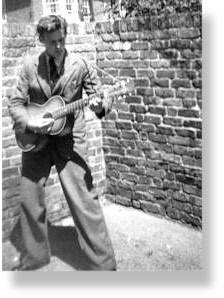 Rod Clark, a mystery name within Moody Blues circles, unknown to many and to others,
the temporary fill-in on bass until John Lodge could take up residence after Clint’s departure?
A musician plucked from obscurity in the latter half of 1966, to return thereafter within just

Many readers will therefore be surprised, even amazed at the breadth of his musical heritage,
the extent of his recorded catalogue and the number of top names that he has played
alongside with, artists such as Roy Orbison,  George Hamilton IV, Jimmy Page, Duane Eddy,
Gene Vincent, Peter Frampton, Jimi Hendrix and Slim Whitman!

At the age of 14, Rod acquired his first guitar, a six-string acoustic.

Attending Highfield College boarding school
over 100 miles away in Leigh-on-Sea,
Essex gave Rod plenty of time to practice,
the guitar providing regular entertainment
for his school pals as this shot from 1957
demonstrates.

Being a huge Buddy Holly fan, it was with great excitement that the 15
year old Rod managed to secure a ticket to a show on Buddy’s 1958
UK tour, just under a year before that fateful plane crash, the day the
music died.

Within weeks of Buddy’s tragic death,
his songs were ringing again as Rod
took centre stage at the “Gentlemen’s
Night”  at Colville House Youth Club,
providing a first taste of fame as the
event was reported in the Eastern
Evening News.

By 1961, Rod was performing regularly in the Norfolk / Lowestoft region, proud owner of his new Senator.

By 1963, Rod (now on bass) had moved to Maidstone, Kent where his new band,
the Dee-Fenders still found time between gigs to enjoy the fine weather, messing around on the beach,
before returning to their camp site.

A brief spell then followed, in the autumn of 1963, with another
Maidstone band The Knighthawks, swapping the traditional
modes of transport for the more unconventional ambulance!
(A strange parallel with other Moodies bassist John Lodge’s
early tenure with the John Bull Breed)